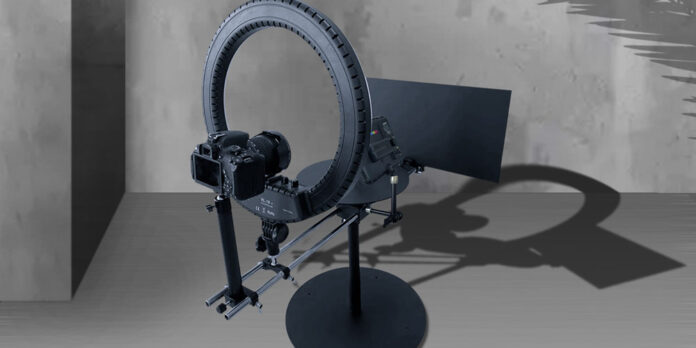 There are circumstances where someone simply requires to be geared up with a 360 spinning/rotating camera rig/dolly to take phenomenal videos or pictures about their subject matter. Currently, in the market, several automated, customized, costly, and fancy camera rigs allow a videographer or photographer to achieve the aforementioned feat, but they demand quite a lump sum. However, there is always the DIY path, which few people choose to tread but for those who do, the results are even better than they imagined.

The path to building your DIY camera rig

A 360-degree rotating camera rig is very useful when the plan is to captivate your audience with fascinating Matrix-type shots about your subject matter. Furthermore, the camera rig comes in handy when aiming at the creation of seamless camera motions while revolving around the object being captured.

For instance, the Threefold Studio team was in need of a manner in which they could shoot a brilliant shot that they had thought of regarding a promo for Evertide.

This crew decided to construct a rotating rig from some grip gear, which they had within their vicinity. In this particular instance, the Threefold crew decided to have the camera orbit around the vertical plane while traveling upwards and above the object. This is the opposite of having the camera spin around the object horizontally, which is what most 360-degree camera rigs do.

The Threefold team posted a YouTube clip revealing that their rig was built up of several clamps, corner brackets, steel tubes, c-stands, and other grip equipment, which enabled them to efficiently orbit a camera above the subject matter, who happened to be seated. The rig allows the crew to commence with the camera facing one side, then they orbit it above the seated subject to the other end whilst maintaining their subject matter at the frame’s center for the entire period.

However, in the YouTube clip, Threefold disclosed that their DIY camera rig might potentially not be perfect for every scenario nor have the most up-to-date technology. This is because every motion made by the camera is done manually and needs two persons to run it. One individual is required to raise it while the other one lowers it down to the opposite side.

Thus, taking continuous shots requires practice, smooth handoffs, plenty of communication, and potentially taking similar shots repeatedly until they get the shots right and they match. Fortunately, the Threefold crew just required four chronological shots, hence they did not have to purchase more equipment. This enabled the team to gather what they required swiftly and with ease. The outcome was very impressive and their method proved to be very efficient.

The 360 degree rotating camera rig is an amazing structure that any enables its users to take classic videos and photos while giving the final products a movie-like outlook. The camera rig has revolutionized the photography and videography domain. The camera rigs on sale might be quite expensive, but fortunately there’s an alternative method, DIY. It might take a while and need a few extra hands to achieve, but the results are worth it.